How the Okavango Swamps Became a Delta

How the Okavango Swamps Became a Delta 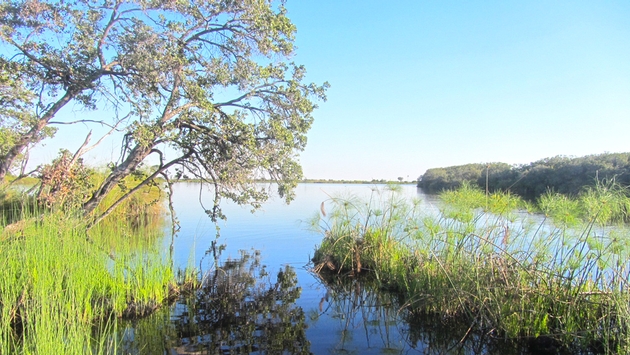 As Botswana moves increasingly into the mainstream as a tourist destination, there is rising chatter about the Okavango Delta, a mysterious water world in the Kalahari Desert that sounds like an exotic and attractive place. But it didn’t always sound so appealing.

When you actually visit the Okavango, it is enchanting, a marshy wonderland that is not quite a river or a lake and definitely not dry land. It’s a body of water that spreads into a complex network of channels that criss-cross over the land until the water finally disappears into the thirsty sand of the Kalahari.

The Okavango area is a result of water gushing out of the mountains in Angola, north of Botswana, and pouring out onto the Kalahari Desert.

In Angola, water flowing down from the mountains forms the Cubango River, which flows through a tiny strip of Namibia then enters Botswana, where it is renamed the Okavango River. It spreads like fingers of water in northwest Botswana and forms a body of water of nearly 6,000 square miles.

That is the Okavango Delta. It used to be known as swamps.

What's in a name? 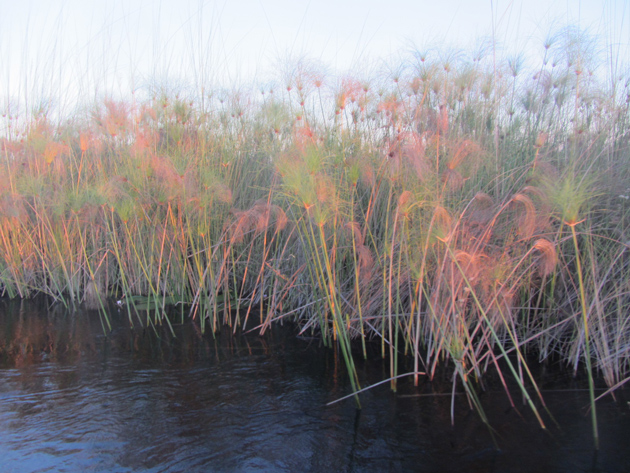 Many of the channels are surrounded by rich growths of papyrus plants, brightly colored green and yellow with fringy tops that bend over the water’s edge like awnings. The crystal clear waters are decoratively draped with water lilies and reeds and are home to hippos and crocodiles, as well as smaller animals.

When you are there it is overwhelming in its strange beauty. But as with many things in Africa, until you have been there, it’s unimaginable how beautiful it is. For tourism marketers, it’s the old problem. Those who see it are blown away. But how do you get people to go there for the first time?

Back in the early 1970s, Dave Herbert, the founder of African Travel and now the owner of Great Safaris, was part of a partnership called Gametrackers. The company operated a group of lodges in Botswana. Herbert and his partner Jon Panos came to the U.S. to try to drum up business for their lodges by visiting travel agencies.

If you think travel to Africa is a tough sell in 2016, imagine the world of the 1970s. Back in that stone age of travel, it was next to impossible to sell travel to lodges in the Okavango Swamps in Botswana.

“It was a tough destination to sell,” said Herbert. “People who knew the swamps knew how beautiful they were. But not many knew.”

While making the rounds in New York City, Herbert and Panos visited the office of a prominent travel agent in Brooklyn. As they rolled out their pitch, the agent’s eyes clouded over and he pointed to his wall map and said, “Okay, show me where Botswana is.”

The map in question had been made before 1966 when Botswana had become an independent country, so it showed the pre-independence name of Bechuanaland. The agent stepped back to his chair and sat back.

“You’ve got a real problem,” he said. “You want me to send clients to a country that’s not even on my map to go to swamps. We send clients to the Masai Mara, the Serengeti and Kruger, not to some swamps in a country that has only been independent for a few years. The Okavango Swamps doesn’t sound very inviting.”

READ MORE: Flying Around the Bush in Botswana

Gametrackers had six lodges. They had a lot of stakes in the game. This was not going well.

“So we renamed it,” said Herbert. “We renamed it and reprinted our maps and our brochures and referred to it as the Okavango Delta. The name ‘Delta’ caught on. Others in the Botswana tourism industry picked up on it and started using it in their marketing. The Okavango Swamps is still the official name, but now you rarely hear that.” 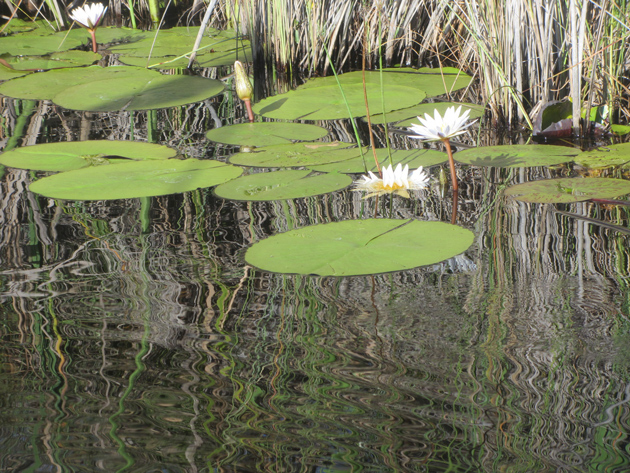 “I had always used the word ‘swamps’ before, as we knew they consisted of crystal clear waters and did not think of swamps as being a negative until that meeting in New York. The National Geographic wall maps that you found in travel agents’ offices and in South Africa in the ’60 and ‘70’s said ‘Okavango Swamps.’

“We changed the term,” said Herbert. “We gave it a new brand name. In modern terms, we ‘rebranded’ it.”

How many people have the distinction of introducing a phrase into the language? Who first coined the term "no way, shape or form"? Who introduced the concept of "spending" time? Most of the time the people who first coined a term are forgotten, though the phrase itself may live on and on.

So it is with "Okavango Delta." It doesn't come with a copyright notice or a trademark claim. But whenever Dave Herbert hears it, he can smile with a private twinge of satisfaction and say: "That is mine. I did that."

View all posts by: Adventure Media

Our passion & personal connection with the African continent comes shining through in every aspect of our business. More >>

Tanzanite Gift for Travelers to Africa from Great Safaris

All of Africa Available through Great Safaris

TravelAge West Names Great Safaris one of the “Best”

Selection of Safaris with Great Safaris

Book a Tanzania Adventure by October 31 and receive 50 percent off the land rate for the second traveler GLENDALE,…

Explore Cape Town, Sun City, Johannesburg and Victoria Falls on this amazing tour through the best of South Africa and…

Book at the Classic, Superior or Luxe Level and the second person travels for free GLENDALE, Cali. – Award-winning luxury…

Gain firsthand experience and knowledge about South Africa and Kenya to draw from when creating clients’ unforgettable safari adventures GLENDALE,…

Take an exciting journey through South Africa, giving back to local communities and organizations while minimizing your carbon footprint GLENDALE,…

Discover Ancient Egypt with Your Own Private Egyptologist